Tolerance Awards 2021 - a sign of an open, pluralistic society

At this year's award ceremony on 18 November, the European Academy of Sciences and Arts honoured the Rabbi and Rector of the Abraham Geiger College and Professor of Modern Jewish Philosophy of Religion Walter Homolka, Andrea Riccardi, founder of the Catholic Community of Sant'Egidio and Haxhi Dede Baba Edmond Brahimaj, head of the Bektashi World Headquarter in Tirana.

Stefan Herzig, President of the Cologne University of Technology, emphasised in his opening speech that "diversity and openness are among the core values of the TH Köln. That is why we were very happy to accept the offer to host the Tolerance Award this year - the year of our 50th anniversary. With the prize, we are jointly setting an example for an open, plural society, the urgency of which continues unabated in 2021."

The President of the European Academy of Sciences and Arts, Prof. Dr. Klaus Mainzer, emphasised in his welcoming speech: Toleranzringe (Einführung Köln 2021)

"In our society we feel an increasing climate of intolerance and agressive attitude. With this award, which has now been in existence for 24 years, we want to contribute to a tolerant and peaceful interaction between people. This lifelong practice in tolerance must already begin in everyday educational and training practice."

Henriette Reker, Lord Mayor of the City of Cologne, congratulated the award winners in her speech "This award is due to people who are committed to respect and cohesion in our society in a special way - something that makes them role models for all of us. Because respect, acceptance and tolerance - they are the basis for the success of our society - our diverse society, which has become increasingly diverse through immigration and ever new ways of life."

After the laudations to the winners of the tolerance rings by the President of EASA, Klaus Mainzer, there was a panel discussion moderated by Joachim Frank - Chief Correspondent DuMont (Kölner Stadt-Anzeiger).

The ceremony was musically accompanied by the Russian pianist Sergej Markin.

We would like to thank our sponsors Deutsche Bank and the association Wir helfen. 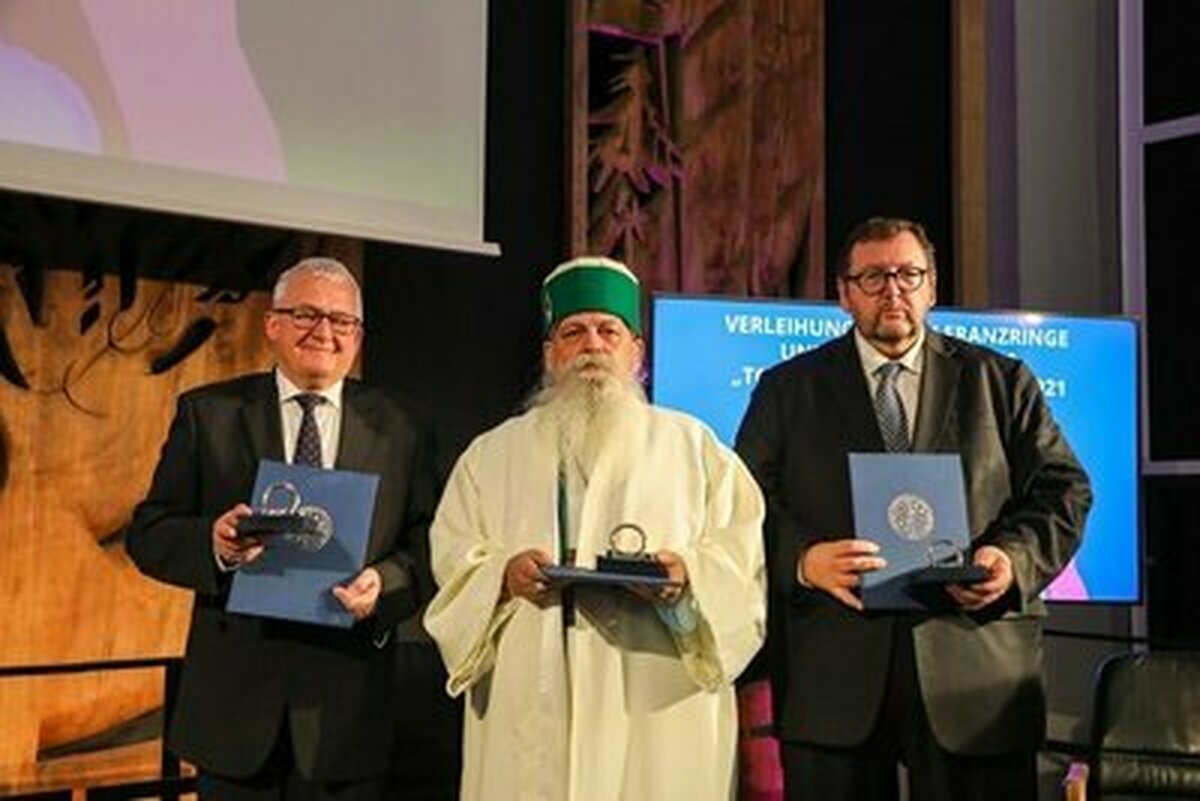