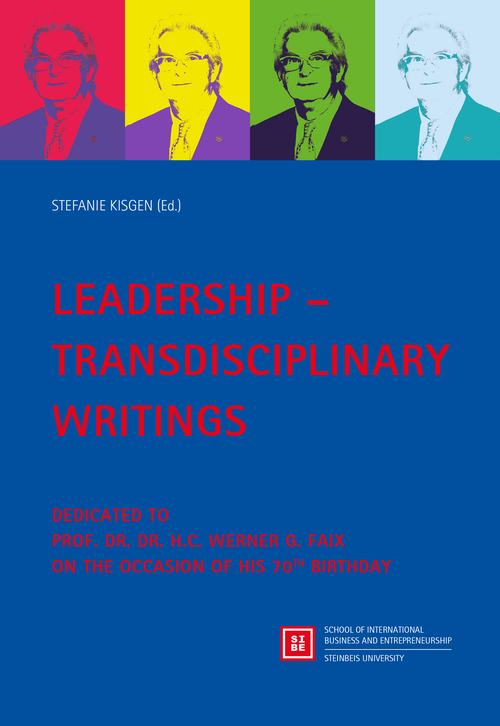 Dedicated to Prof. Dr. Dr. h.c. Werner G. Faix on the Occasion of his 70 th Birthday

Werner G. Faix is deeply rooted in Württemberg in Southern Germany as well as at home in the world. With an academic background in chemistry, his profound work on today’s most relevant social issues has become highly influential and widely acclaimed. He is a well-known and much sought-after visionary, both nationally and internationally. His thinking is often far ahead of its time; he goes beyond well-trodden paths to seek transdisciplinary networks, always with an eye for the big picture. Faix simultaneously takes exciting new, and at the same time, well-founded positions on fundamental questions such as leadership, leadership education, and personality. Likewise, a major focus of his work involves innovations and their transfer to the real world, in order to shape a sustainable and viable future. He is a role model not only in his academic work, but also in his own entrepreneurial as well as deeply human actions.
With this publication, the editor, together with numerous renowned authors, wish to honor Werner G. Faix as an outstanding scholar, entrepreneur, and leadership personality of international standing. They congratulate him on his 70th Birthday with their transdisciplinary contributions on leadership – contributions that can only approach the work, impact, and reputation that Werner G. Faix has achieved.